Barcelona president Josep Maria Bartomeu has resigned, with the entire board also stepping down from their posts. 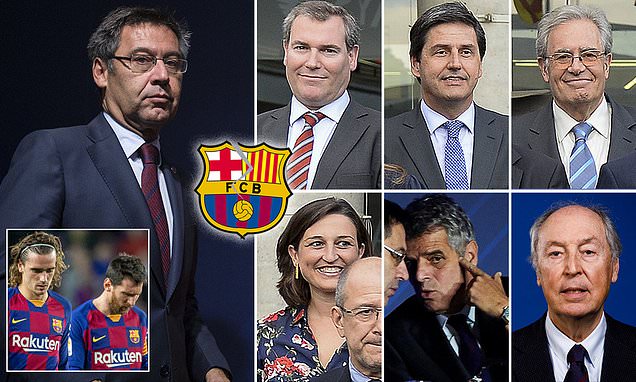 Bartomeu’s decision comes after several months of criticism in the wake of Barcelona’s 8-2 Champions League elimination to Bayern Munich, as well as Lionel Messi’s shock request to leave the club shortly after.

Although the club was able to keep hold of Messi, with the longtime Barca star staying to avoid having to take the club to court, Bartomeu’s position has been under scrutiny for months.

The president had been due to officially end his tenure next year, with elections called for March, but the club’s members called for a vote of no confidence in an effort to get Bartomeu out immediately.

A total of 20,687 votes were gathered for the motion against Bartomeu, passing the threshold of 16,250 signatures required for the vote to go ahead.

The Barca board repeatedly tried to postpone the vote but, on Monday, local authorities rejected the club’s push to delay the proceedings.

As a result, the vote was set to go ahead in the coming weeks, but will no longer be necessary as Bartomeu and the board have stepped down.

Bartomeu originally joined Barca during Joan Laporta’s presidency and ascended to that role himself in January 2014.

He replaced Sandro Rosell, becoming the 40th President of Barcelona as he signed on to complete the rest of Rosell’s tenure following his resignation.

Having struggled to find value in the transfer market since Neymar’s departure to join Paris Saint-Germain, Barca finished the 2019-20 season trophyless.

Their 8-2 loss to Bayern only furthered unrest, with Messi’s request to leave proving the final straw for the president.

Messi told Goal in September that Bartomeu “did not keep his word”, with former Barca star Luis Suarez saying that he believes Messi will stay at Barca if a new board arrives.

Bartomeu said on Monday that he believed that Messi could lead Barca to titles this season, admitting that he could not let the Argentine leave for the good of the club.

And now, it is Bartomeu that is leaving, as he ends his time in charge of Barca after nearly seven years.

Barcelona are set to face Juventus on Wednesday in the Champions League.