EX BBNaija Pepper Dem housemate, Frodd has been robbed after his car window smashed in an unknown location in Lagos.

Frodd, a former housemate of Big Brother Naija had the terrible experience this morning.

Sharing the video of the incident via his social media handle, Frood revealed to one of his fan who inquired what had happened to his car that he was robbed after parking his car at an undisclosed location in Lagos. 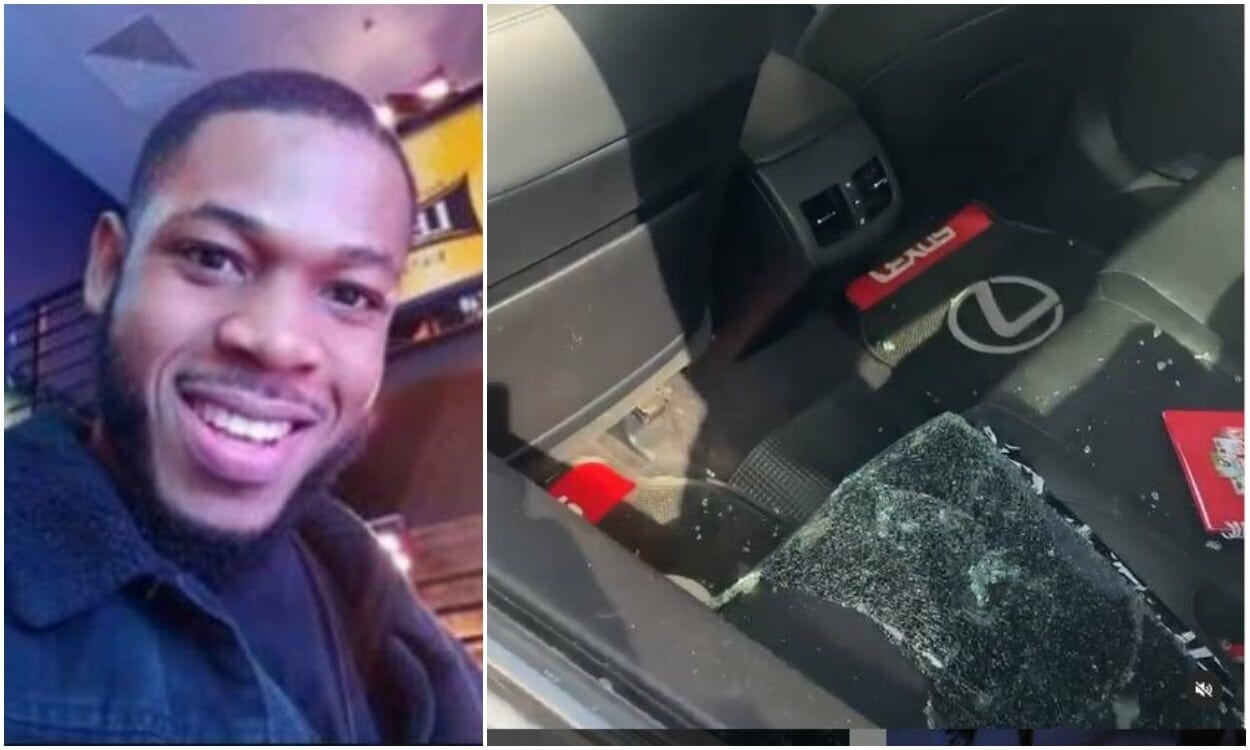 He also disclosed that his glass was smashed and some of his belongings stolen.