Chadwick Boseman is an award winner, even in death.

The late “Black Panther” star will receive MTV’s Hero for the Ages honor Sunday during the “MTV Movie & TV Awards: Greatest of All Time” special. Boseman, who played the iconic Marvel superhero, will be presented with the posthumous award by his “Avengers: Endgame” costars Robert Downey Jr. and Don Cheadle, who played Iron Man and War Machine, respectively, in the comic-book film franchise.

Chadwick Boseman will posthumously receive the Hero for the Ages honor at the #MTVAwards: Greatest of All Time this Sunday, at 8p on MTV. ❤️ https://t.co/rQ9d3hregn

The award “honors a star whose heroism on-screen was only surpassed by the true hero they were off-screen,” MTV said in a statement on Friday. It recognizes Boseman’s performances as a number of American heroes, as well as his activism, writing and directing. 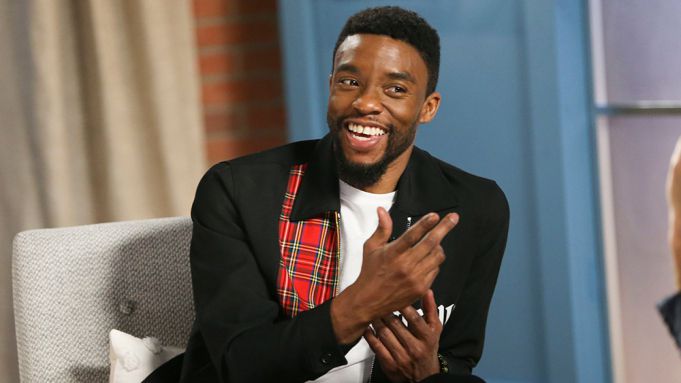 The “Marshall,” “Get On Up,” “42” and “Da 5 Bloods” actor will next appear onscreen in Netflix’s “Ma Rainey’s Black Bottom,” due on Christmas. His final film has already generated awards-season buzz and earned him a posthumous Gotham Independent Film Awards nomination. He’ll also receive that ceremony’s annual actor tribute, alongside costar Viola Davis.

Boseman, who died in August at age 43 after privately battling colon cancer, was previously recognized during the MTV Movie and TV Awards in 2018. His performance in the groundbreaking “Black Panther” clinched wins in the hero and performance in a movie categories. He also was nominated for onscreen team with his costars Lupita Nyong’o, Danai Gurira and Letitia Wright, as well as for best fight with costar Winston Duke, who played M’Baku.