Burkle views the 2,700-acre property in Los Olivos, near Santa Barbara, as a land banking opportunity, his spokesman said Thursday (Dec. 24) in an email.

The Wall Street Journal reports the property was sold for $22 million to Burkle, an associate of the late pop star and co-founder of the investment firm Yucaipa Companies. The businessman built his wealth by acquiring and selling grocery store chains, and holds investments in U.K. and U.S.-based talent agencies. Most recently, he made an investment in the Beverly Hills-based APA agency via his Yucaipa Companies firm.

The asking price of the Neverland property was $100 million in 2016 then dropped to $67 million a year later. In addition to a 12,500 square-foot main residence and a 3,700 square-foot pool house, the property boasts a separate building with a 50-seat movie theater and a dance studio. Other features on the ranch are a “Disney-style” train station, a fire house and barn
.

Burkle’s spokesman said the billionaire had been eyeing Zaca Lake — which adjoins the property — for a new Soho House, a members-only club with locations in Los Angeles, Miami, New York and Toronto. Burkle ultimately decided the location was too remote and expensive for a club. 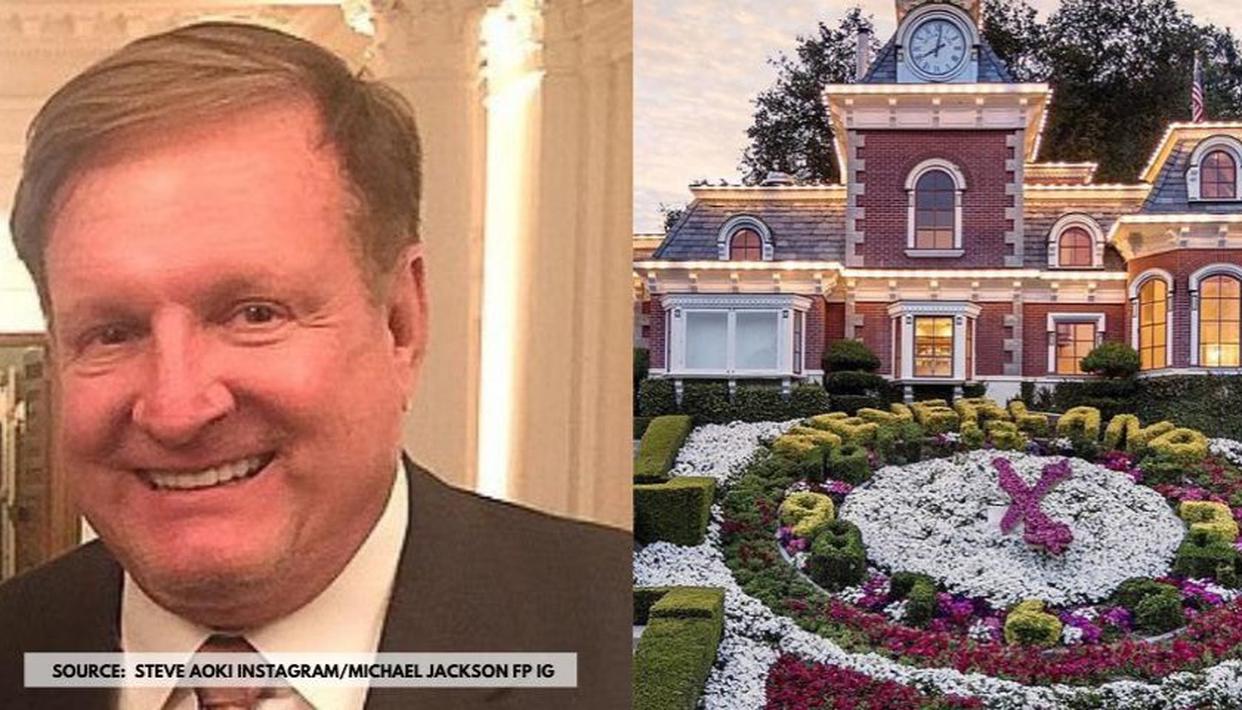 Burkle is the controlling shareholder of Soho House. After Burkle saw the property from the air, he put in an offer to purchase.