A former WBC International Heavyweight Champion of Nigerian origin, Ike Ibeabuchi, has been released from prison in the United States after 20 years in incarceration.

Ibeabuchi ran into trouble with the American authorities in 1999 was released from Arizona prison on Wednesday November 4, 2020, right in the thick of the chaotic US presidential elections.

Ibeabuchi, a record-breaking and undefeated heavyweight boxer from Nigeria migrated to the United State in 1993 at the age of 19, settling in Dallas, Texas with his mother Patricia. 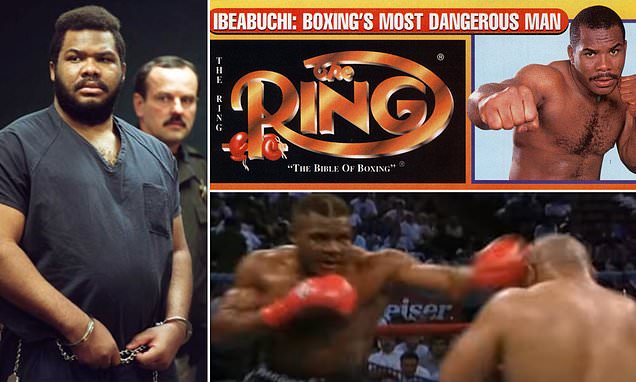 ‘The President’ as he is fondly called remains undefeated in his professional boxing career with 20 wins and 14 knockouts. He defeated New Zealand boxer David Tua to win the World Boxing Council (WBC) International Heavyweight title in 1997. In the record-breaking match, Ibeabuchi and Tua combined exchanged 1,730 punches in 12 rounds, breaking the heavyweight record earlier set by Muhammad Ali and Joe Frazier,

He was arrested in Las Vegas on July 22, 1999, over alleged sexual assault attempt on a 21-year-old stripper who told police that Ibeabuchi tried to rape her in the closet when she asked for money up front. While standing trial, another case of alleged sexual assault was opened against him which was said to have happened eight months earlier at another hotel.

In November 2001, Ibeabuchi was sentenced to 2 to 10 years for battery with intent to commit crime and 3 to 20 years for attempted sexual assault, with the sentences to be served consecutively.

He completed his jail terms and was released in 2014 from Nevada prison. His freedom was, however, short lived as he was rearrested in 2016 and held at the Arizona prison on an old warrant he claimed he was not aware of.

Robert Brizel, an American boxing journalist who had been advocating for Ibeabuchi’s release, told Neusroom correspondent in an email in the early hours of Thursday that Ike’s prison sentences are completed and he is a free man.