Footballer Obafemi Martins has spoken out about his reported riff with Burna Boy.

Recall Rapper CDQ had taking to social media to call Burna out talking about how disappointed he was about him. He ended it by saying Martins is nobody’s mate.

This evening a video shared online shows CDQ with several wounds which he alleged Burna Boy’s men inflicted on him because of the footballer.

Now Martins has broken his silence appealing to Burna Boy and CDQ to let peace reign. He also admitted there was a misunderstanding. 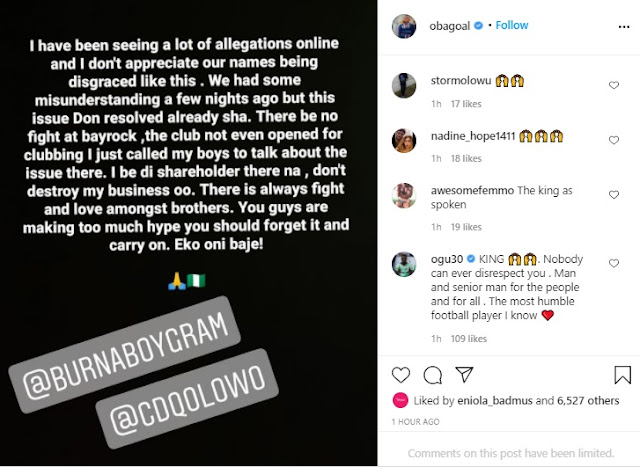