Barcelona FC CEO Oscar Grau and Roman Gómez Ponti, the club’s head of legal, former president Josep Bartomeu and other top officials have been arrested by the police in Spain.

Police have been investigating the ‘Barcagate’ scandal for almost a year, with the arrests now made on suspicion of “unfair administration, corruption between individuals and money laundering” 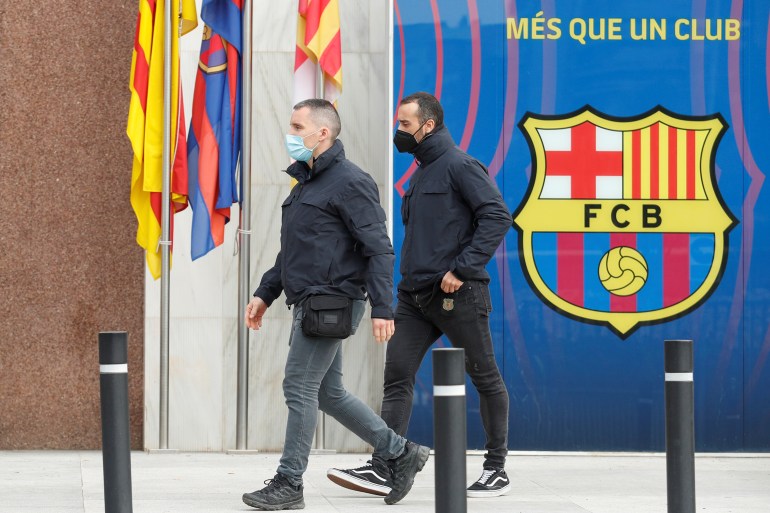 Last year, there were multiple reports that Barcelona had paid a social media company to post online hate of players and coaches to ‘protect the reputation’ of Bartomeu.

Current stars Lionel Messi and Gerard Pique as well as Pep Guardiola and Xavi were among those allegedly targeted by I3 Ventures in a three-year smear campaign.

In September, El Mundo outlined how the Catalan police had suspected Bartomeu of corruption and sanctioning a payment to the company that was six times higher than their market value, with the reasoning behind the excessive value now being investigated by the authorities.

The findings of Barcelona’s involvement with the company were revealed in February last year, after Barcelona issued a statement denying a report from Cadena Ser radio station claiming the club were paying a third party to damage the reputation of others.

The Catalan club always strenuously denied any truth in the reports, saying that they had neither paid nor promoted anyone to denounce or attack others – who have been opponents to the current board in some form at some point – online.

According to widespread Spanish reports, former Barcelona President, Josep Maria Bartomeu was arrested this morning by the police, despite his denial of any involvement in the Barcagate.

Video footage of the Spanish police entering the facilities at the Camp Nou emerged online following the news of the arrests.

Grau was the CEO during Bartomeu’s presidency reign.