The match was abandoned at 0-0 after fourth official Sebastian Coltescu was accused of using a racist term towards Basaksehir assistant Pierre Webo. 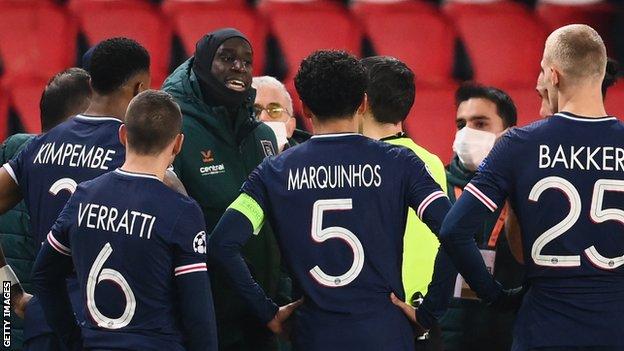 Following an investigation, European football’s governing body says the pair were in breach of Article 11, when a person’s “conduct is insulting or otherwise violates the basic rules of decent conduct”.

Players from both sides walked off the pitch at Parc des Princes after Basaksehir alleged Webo had been racially abused 14 minutes into the Group H game on 8 December. 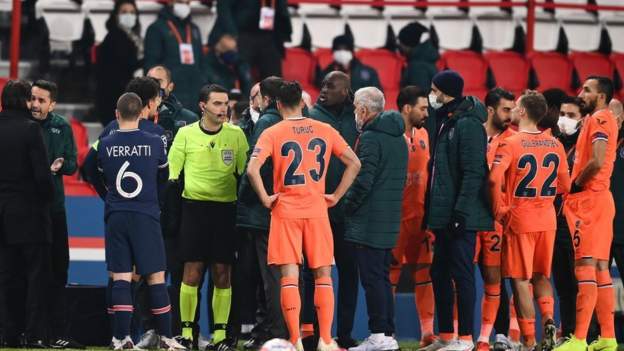 Former Cameroon striker Webo had been shown a red card in an exchange on the touchline.

The match was completed the following day with a new set of officials, with PSG winning 5-1.