TV personality Sharon Osbourne has left US chat show The Talk after a heated on-air debate about racism earlier this month.

Osbourne defended broadcaster Piers Morgan over his criticism of a high-profile TV interview given by the Duchess of Sussex.

That led to a clash with co-host Sheryl Underwood, who accused Osbourne of giving “validation” to “racist” views.

TV network CBS took The Talk off air while it carried out an investigation.

In a statement on Friday, CBS said the events of the 10 March episode “were upsetting to everyone involved, including the audience watching at home”.

It said Osbourne’s behaviour towards co-costs during the episode “did not align with our values for a respectful workplace”.

The review did not, CBS said, find any evidence to support Osbourne’s allegation that the controversial discussion had been “orchestrated” by producers.

However, CBS said it acknowledged the network, studio teams and producers were “accountable for what happened during that broadcast” because “it was clear the co-hosts were not properly prepared by the staff for a complex and sensitive discussion involving race”. 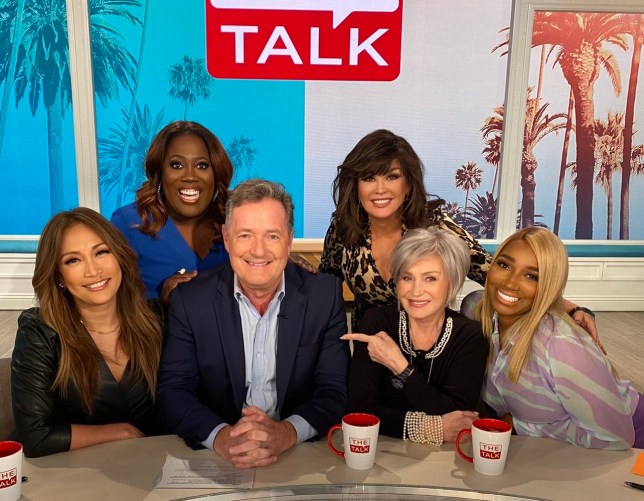 The row on The Talk came after the Duke and Duchess of Sussex gave an explosive interview with American talk-show host Oprah Winfrey.

In the interview, the duchess said she had suffered with her mental health and had suicidal thoughts during her time as a working member of the royal family.

The day after the interview aired in early March, Morgan told viewers on the Good Morning Britain breakfast show he “didn’t believe a word” Meghan had said.

Those comments drew condemnation, leading to Morgan’s departure from the programme on ITV.

Osbourne, 68, was one of the first people to voice support for her friend, Morgan, arguing he had the right to express his own opinion.

“@piersmorgan I am with you. I stand by you,” she tweeted. “People forget that you’re paid for your opinion and that you’re just speaking your truth.”

When Underwood raised the tweet with her in an episode of The Talk, Osbourne said: “I feel like I’m about to be put in the electric chair because I have a friend who many people think is racist, so that makes me a racist.”

Osbourne then challenged Underwood, who is black, to explain where she had heard Morgan “say racist things”.

Underwood replied: “It is not the exact words of racism, it’s the implication and the reaction to it.”

Osbourne later issued an apology, saying she had “felt blindsided” and had let her “fear and horror of being accused of being racist take over”.

In an interview with Entertainment Tonight last week, Osbourne suggested she had been “set up” as a “sacrificial lamb” and had not been sufficiently prepared by The Talk’s producers.

“I wish we could go on and have an adult conversation calmly and work it out but I don’t know whether we can,” she said.

She is yet to comment on CBS’s announcement of her exit from The Talk.

Osbourne, who is married to rock star Ozzy and has appeared as a judge on The X Factor and other shows, had been a panellist on The Talk throughout its 11 years on air.