Oyo state Governor, Seyi Makinde has barred the Nigeria Police from engaging protesters in the state, as he said it is their right to protest.

Nigerians are protesting against activities of the Special Anti Robbery Squad, SARS and police brutality.

Seyi Makinde, had few days back condemned the killing of one Jimoh Isiaka during the #EndSARS protest in the Ogbomoso area of the state.

Isiaka was shot by one of the men of the Nigeria Police Force while attempting to disperse the protesters.

However, the Oyo State Police Command denied killing Isiaka, claiming that its men only fired teargas at the protesters.

It was gathered that Isiaka had been buried according to Islamic rites.

The governor identified two of the seven injured protesters as Abdulrasaq Olawale and Oluwadamilare Gbolohunmi. 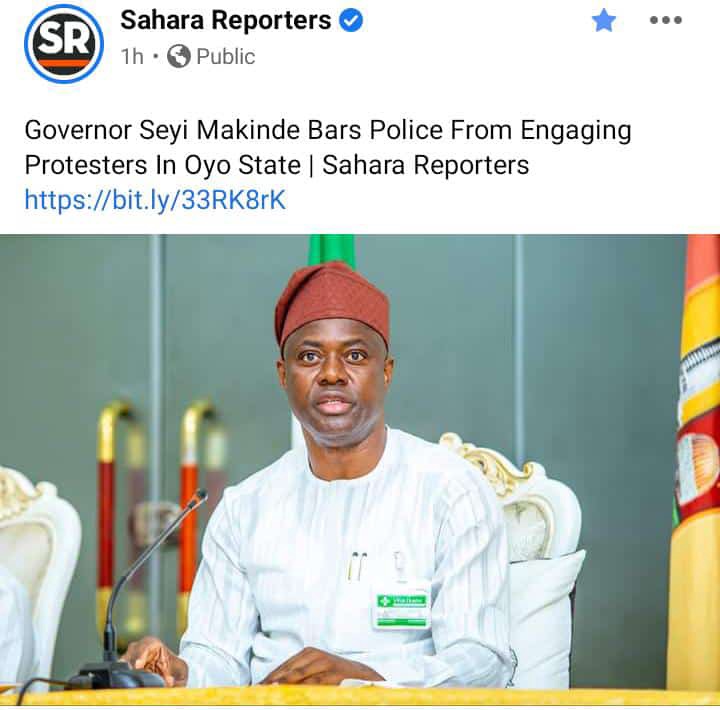