After weeks of speculation as to which of her songs would next get the visual treatment, the superstar popped a “911” music video online Friday, immersing fans into the stylized world of Chromatica for the first time since unveiling the Ariana Grande-assisted “Rain on Me” video in May.

The video itself defies classification. There’s a desert, some pomegranates on the sand, an eclectic group of people assembled inside a town square where Gaga grooves in otherworldly outfits (and even ascends into the air at one point), and it all culminates in a twist ending that we will not spoil here. Given what Gaga and her Chromatica collaborators have said about the song in the past, however, it’s easy to draw conclusions about the heavy symbolism used in the clip, which was directed by The Fall and The Cell filmmaker Tarsem Singh. 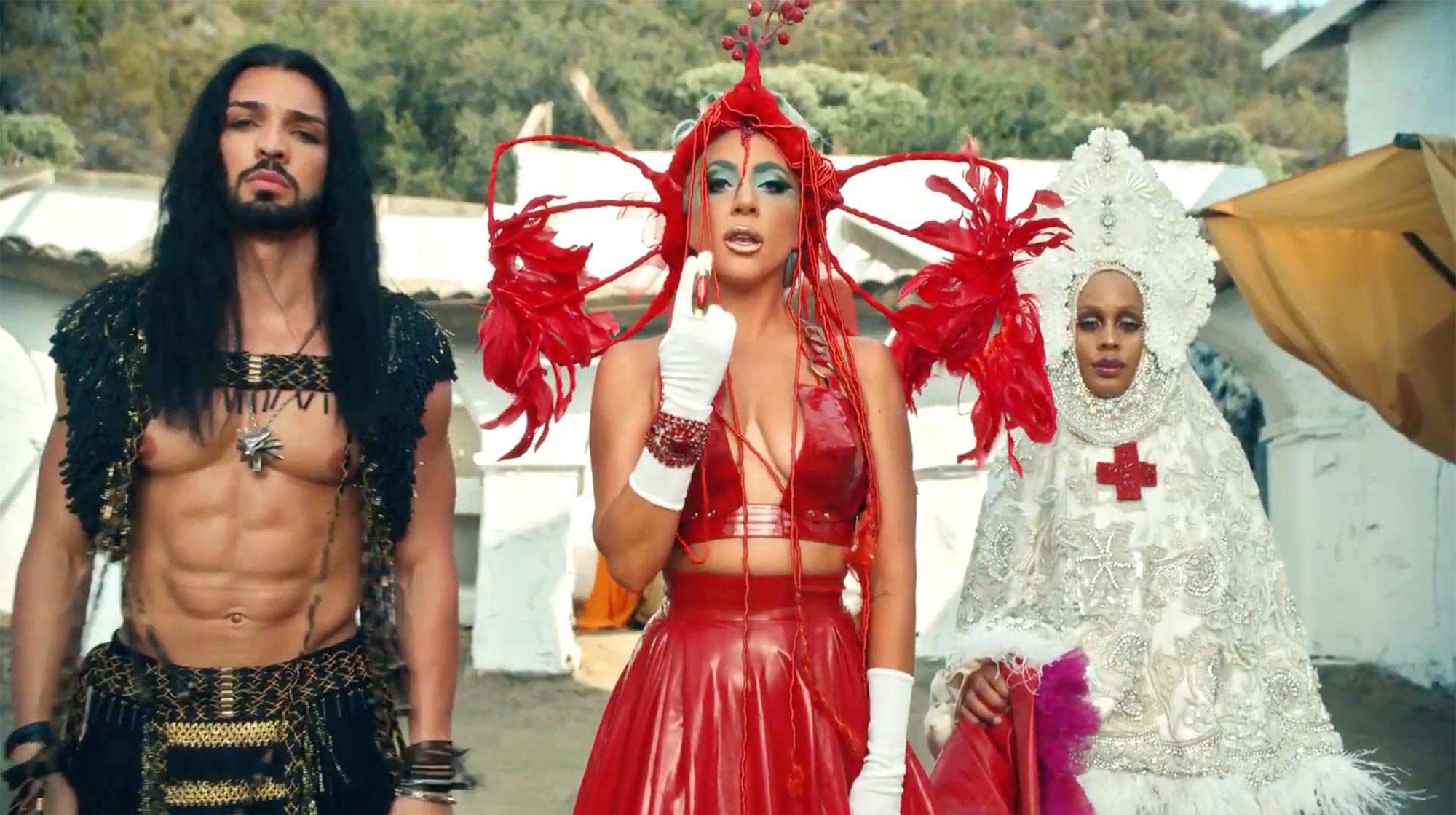 “[Medication] is not fun to talk about for most people, but it’s a very real part of modern life for those who need it. This was her truth and she wanted to write about it even though she knew it would be painful to ‘go there,'” producer BloodPop previously told EW about working on “911” with Gaga as a meditation on her relationship with antipsychotic medication. ” [‘911’] hit me particularly hard as well because at the time I had to get on medication for OCD and depression for the first time in my life.”

Prior to the “911” music video’s release, Gaga performed the song as part of a three-tune medley during last month’s MTV VMAs, where she won five awards, including Artist of the Year, Song of the Year, and the new Tricon Award for overall career excellence.

After delaying Chromatica, her sixth studio album, from its initially planned release date in April, Gaga released the collection several weeks later to one of the best opening sales weeks of her career, and ultimately claimed her sixth No. 1 entry on the U.S. charts.