The Governor Of Abia State, Okezie Ikpeazu, has suspended the state’s Chief of Staff for Anthony Agbazuere on Sunday after an undated video emerged online showing him (Agbazuere) spraying money on controversial clergyman Chukwuemeka Ohanaemere alias Odumeje or Indaboski. 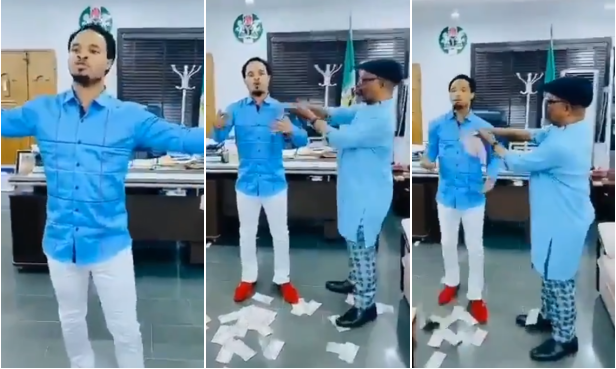 According to TheCable short statement on Sunday, Chris Ezem, secretary to the state government, announced that the CoS has been suspended immediately.

”Abia State Governor, Dr Okezie Ikpeazu, has directed the immediate suspension from office of the Chief of Staff to the Governor, Dr ACB Agbazuere,”