A suspect in a hit-and-run crash that killed Nicki Minaj’s father Robert Maraj turned himself in to the police and was arrested Wednesday morning. 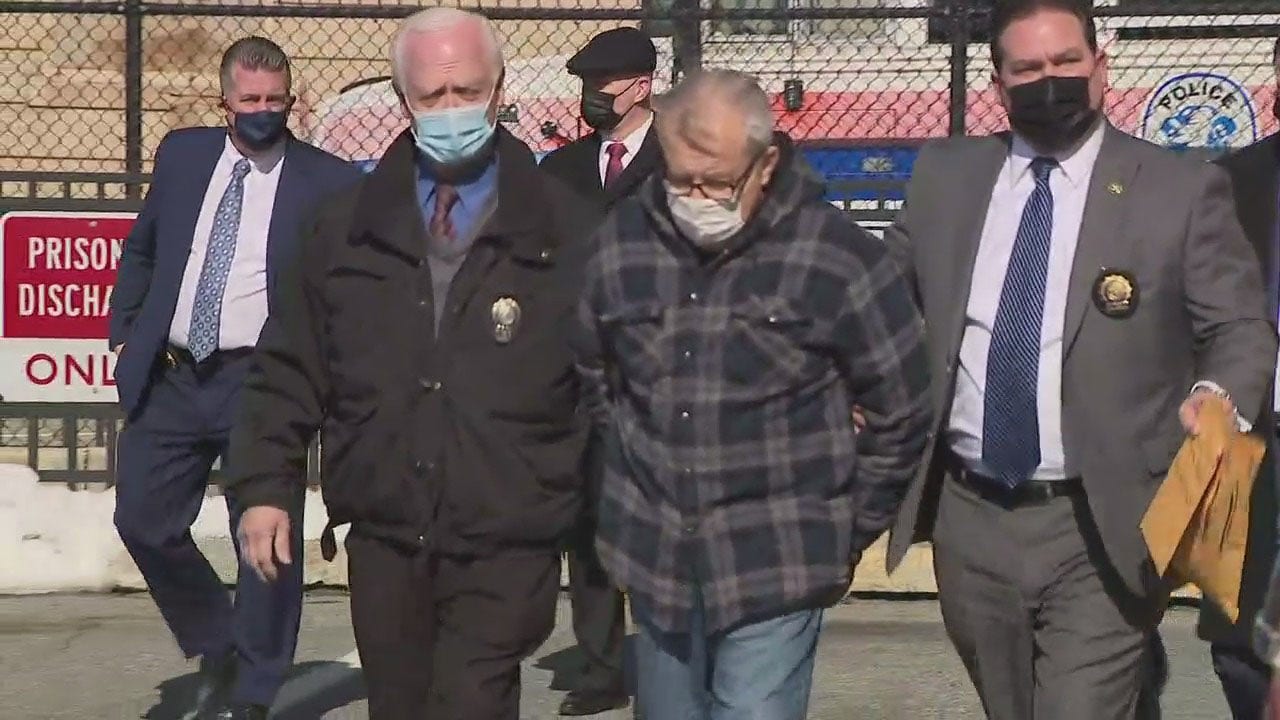 Maraj, 64, was killed on Friday in Mineola, Long Island, after he was struck by a car heading northbound on Roslyn Road at the intersection with Raff Avenue, authorities said.

Polevich surrendered to police after officers tracked him down to his home in Mineola and found his damaged car in the garage.

Detective Lt Stephen Fitzpatrick told reporters that Polveich was driving his 1992 white Volvo station wagon northbound on Roslyn Road when he struck Maraj, who was walking in the road, possibly due to snow pileups on the sidewalk.

Polevich, who spent a lot of time in Guam but has a home in Mineola, initially got out of his car, observed Maraj lying on the ground, then got back behind the wheel and drove to his home, where he then parked his Volvo in the garage and covered it up, according to police.

‘He was absolutely aware of what happened,’ Fitzpatrick said. ‘He looked at the deceased and made the conscious decision to leave instead of dialing 911, instead of calling an ambulance for the man. He went home and secreted the vehicle, so he is well aware of what he did.’

Maraj was taken to a hospital, where he succumbed to his injuries the following day.

Detectives used surveillance video from the neighborhood to track the vehicle involved in the hit-and-run crash to Polevich’s home in the 160 block of Roselle Street in Mineola.

Officers then offered Polevich the opportunity to surrender at police headquarters.

He was charged with leaving the scene of an auto accident and tampering with evidence.

Police said that had Polevich stayed at the scene and was not under the influence of drugs or alcohol at the time, he would have avoided criminal charges.

Fitzpatrick told reporters police have been in constant communication with Maraj’s family.

On Wednesday, a judge set Polevich’s bail at $250,000, suspended his driver’s license and ordered him to surrender his passport, reported Newsday. He is due back in court on Friday.