France and Poland have reintroduced partial lockdowns as both countries battle a sharp rise in Covid infections in recent weeks.

Some 21 million people in 16 areas of France, including the capital Paris, are affected as the country fears a third wave.

The country has the highest new daily rates of Covid cases since November.

Coronavirus cases are also rising exponentially in Germany, with Chancellor Angela Merkel warning it is likely that the country will now need to apply an “emergency brake” and re-impose lockdown measures.

The vaccine rollout across the European Union has been hindered by delayed deliveries, as well as the suspension in several countries of the use of the Oxford-AstraZeneca Covid-19 vaccine, over fears of possible side effects. 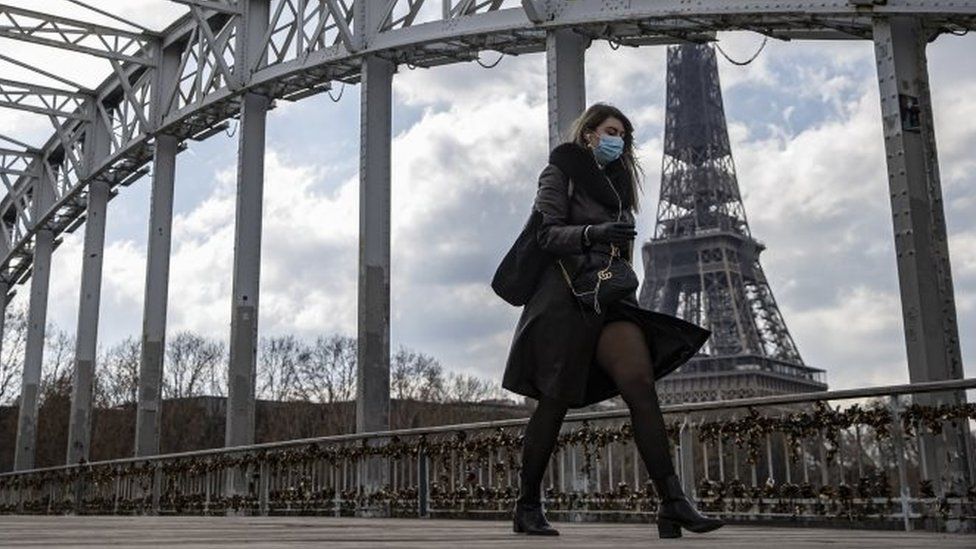 In Amsterdam, police fired water cannon to clear protesters from Museum Square, a frequent venue for unauthorised demonstrations. Online footage showed a police dog handler prodding a woman in the chest with his baton and twice hitting a man who tried to protect her.

And in the central German city of Kassel, police said they used pepper spray and batons to disperse demonstrators who tried to break through a cordon. Video footage posted on social media showed water cannon also being deployed.

“This is not what a peaceful protest looks like,” police tweeted (in German).

Protesters were also detained during an anti-lockdown protest in Hyde Park, London, and several thousand people gathered to protest against Covid restrictions in the small Swiss town of Liestal, near Basel.

In France, the partial lockdown took effect from midnight on Friday. 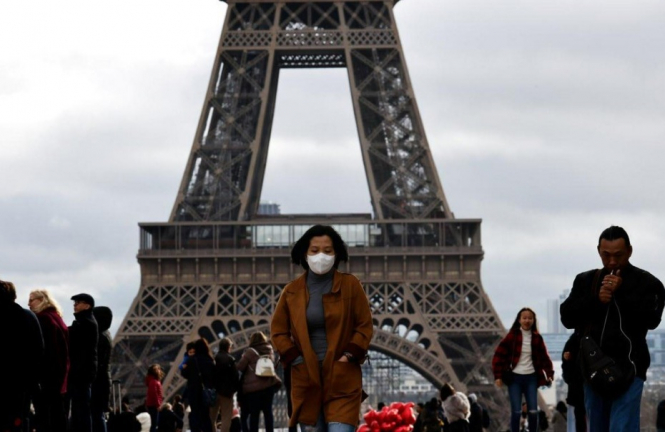 Trains leaving Paris for parts of the country where lockdown restrictions do not apply, such as Brittany and Lyon, were reportedly fully booked hours before the measures were due to come into effect.

Traffic jams were reported on several roads leaving the capital.

The new restrictions are not be as strict as the previous lockdown, with people allowed to exercise outdoors.

Non-essential businesses are shut, but schools remain open, along with hairdressers if they follow a “particular sanitary protocol”.

France has reported more than 4.2 million infections since the start of the outbreak, with nearly 92,000 Covid-related deaths, according to the data compiled by Johns Hopkins University in the US.

The new lockdown measures are set to last at least four weeks. Paris and its surrounding region, the area around Nice and large parts of northern France are all affected.

It is a lighter lockdown than the two previous ones, with the main difference being that during the day people can go outside for exercise for as long as they like. Schools are also staying open.

But leaving the city for the countryside is not allowed, and yesterday there was heavy congestion on the roads and the trains as some Parisians got out while they could to non-lockdown zones.

Many in France find the bureaucratic approach of the government annoying, if predictable.

The rules on the high street are also opaque. While clothes and DIY shops are shut, hairdressers, bookshops, cobblers and florists are open.

In Poland, the three-week lockdown began on Saturday.

Polish health officials earlier warned the nationwide restrictions were necessary because of a rampant British variant of Covid-19 in the country. The variant now makes up more than 60% of infections.

Poland has had more than two million confirmed infections, and nearly 49,000 deaths, according to Johns Hopkins University.

Germany said on Friday it was now classifying neighbouring Poland as high risk. This means that from Sunday anyone crossing the border from Poland must provide a negative coronavirus test.