In a statement issued by the Presidency in Accra, he said: “I have directed that all national flags should fly at half mast for the next seven days in all parts of the country and I have declared seven days of national mourning from Friday 13 November 2020.” 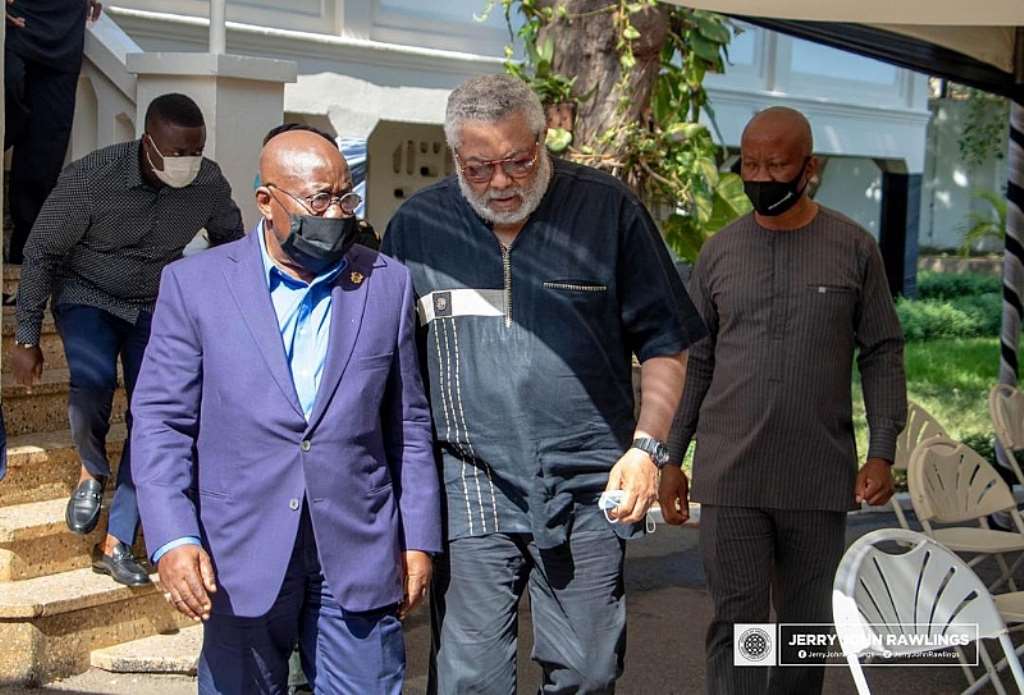 President Akufo-Addo said it was with great sadness that he was announcing to the nation that the first president of the Fourth Republic, Jerry John Rawlings, has “joined his ancestors”.

He said the tragic event occurred at 10.10 am (GMT) on Thursday at the Korle bu Teaching Hospital in Accra where the former president was receiving treatment after a short illness.

“I convey the deep sympathies of the government and the people of Ghana to his wife, Nana Konadu Agyeman-Rawlings, the children and the family of the late president in these difficult times.”

He said in honour of the memory of the former president, he and Vice President Mahamudu Bawumia have suspended their political campaign for the same period. Ghana is scheduled to hold presidential and parliamentary elections on 7 December.

The statement said the Government will work closely with the family of the late president on the arrangements for “a fitting funeral” for him.

“A great tree has fallen, Ghana is poorer for this loss,” he said.

Meanwhile, the family of the former president is asking for privacy as it mourns him.