It was gathered that Nura was involved in the accident while riding his power bike along Dutsimma road, Katsina.

The incident reportedly happened not too far from Hassan Usman Katsina Polytechnic.

He was rushed to the Katsina General Hospital, where he was confirmed dead.

A family source said a funeral prayer for the deceased will hold by 10am on Thursday [today] at the Mangal Mosque, Kofar Kwaya, in Katsina.

Born on August 1, 1990, the late Nura graduated from a University in Manchester, United Kingdom. 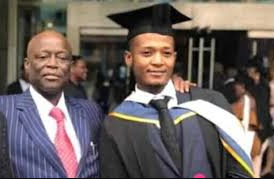