The Lagos State Government has announced a partial closure of the service lane inbound Maryland from the end of Gani Fawehinmi Park to the end of the second pedestrian bridge, Ojota for six weeks, starting from Tuesday, November 17, 2020.

The statement signed by the State Commissioner for Transportation, Dr. Frederic Oladeinde, on Monday, stated that the partial closure is to allow the contractor handling the stretch of the project from Ojota to Maryland to continue with the next phase of the construction, which includes the reconstruction of the Ikorodu road. 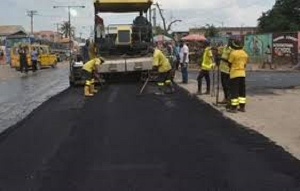 As a result of this new arrangement, motorists coming from the Ikeja axis are advised to use 7UP road through Billings way to link Oregun/Kudirat Abiola Way inbound Ikorodu road by Ojota bus stop.

Oladeinde explained that traffic inward Ojota Bus stop/Maryland from the Ibadan-Lagos Expressway could either proceed to Oworonshoki/Gbagada or descend the loop by Abiola Garden to connect Ikorodu road (inbound Ketu).

He added that they could ascend the loop back to the Lagos-Ibadan Expressway through the loop beside LAMATA Office to access Ikorodu road to Ojota.

Also, the commissioner assured that adequate road signs have been provided to guide the motorist movement.