There is commotion at the moment in Warri, as a man simply known has Shedrack donated his family house to a church — Christ Embassy.

Shedrack who is based abroad returned home last year and got serious with religion.

He donated his car to the church and his family had no problem with it.

His parents only got to know about it when strange men entered their compound and started looking around.

When questioned they said his son had given the church the house has a seed.

They allegedly said, they wanted to sell the house so the church can use the proceed.

They placed the value at N25m.

The house consists of his parents, cousins and four tenants who had paid their rents.

Though the land the house was built on is a family land, Shedrack contributed the lion’s share in building it.

His father says he had written to the senior pastor of Christ Embassy in Warri, and he promised to get back, but a month has passed and nothing has been done.

He says he has reported to the police and hired a lawyer and the church have allegedly done same and even threatened to evict them.

In a statement, Shedrack’s father pleaded with the General Overseer of Christ Embassy, Chris Oyakhilome, to intervene. 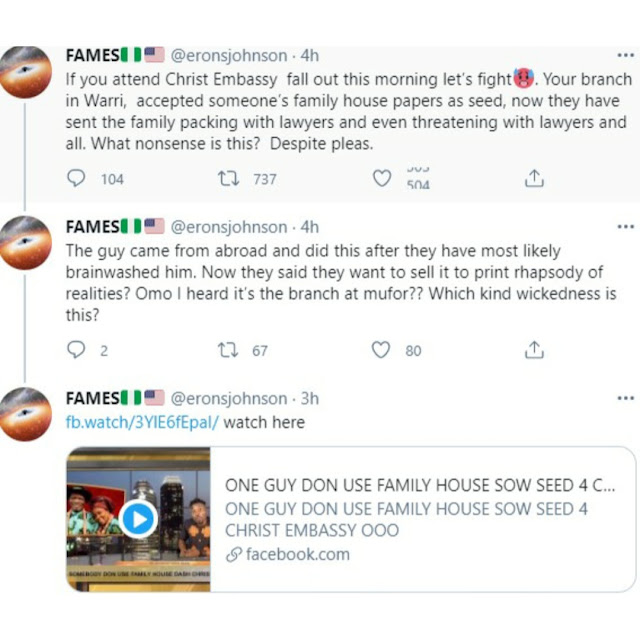 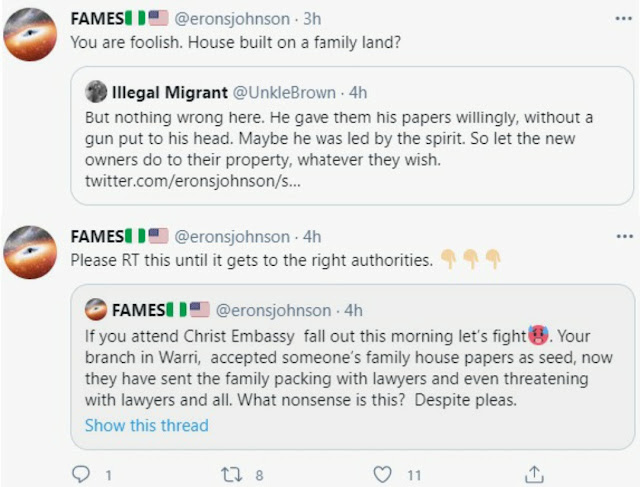