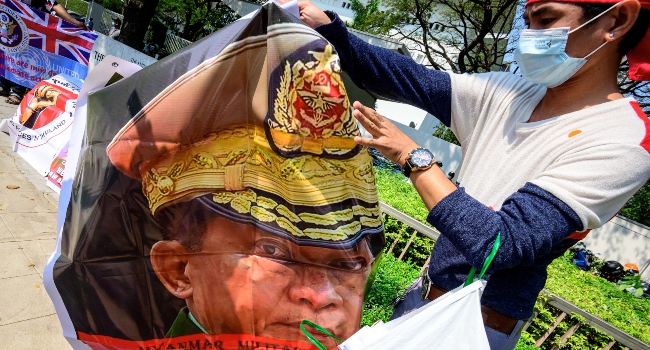 The UK government said the move was made because of their role in “overseeing human rights violations” since they seized power on February 1.

The sanctions will prevent the six from travelling to Britain, while British businesses and institutions are barred from dealing with them.

The same curbs had already been imposed on 19 other military figures.

UK aid that could be used to indirectly support the junta has also been suspended.