Anita Baker is in a battle to get ownership of her masters.

The legendary songstress shared the news on Twitter as she told one fan not to promote her music for Spotify. She wrote,

Thank You 4 Sending Me, Your Love. But, let’s not Advertise *Spotify Streaming, which is, a Publicly Traded Company, with a 50 Million$ Valuation… but doesnt pay Artists/Creators what their Worth.” 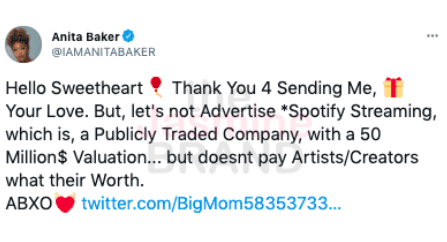 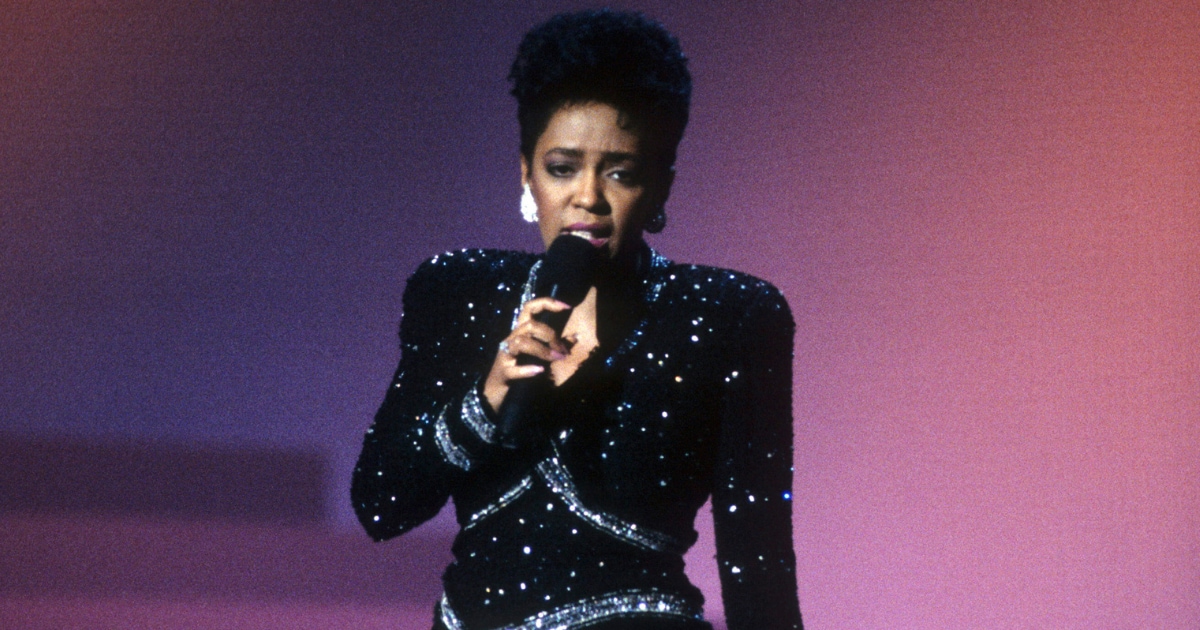 Anita Baker later explained that while her artist contracts have expired, she has yet to be given her masters that she is legally owed. As a result, she asked fans not to stream or buy her music as she fights for them. 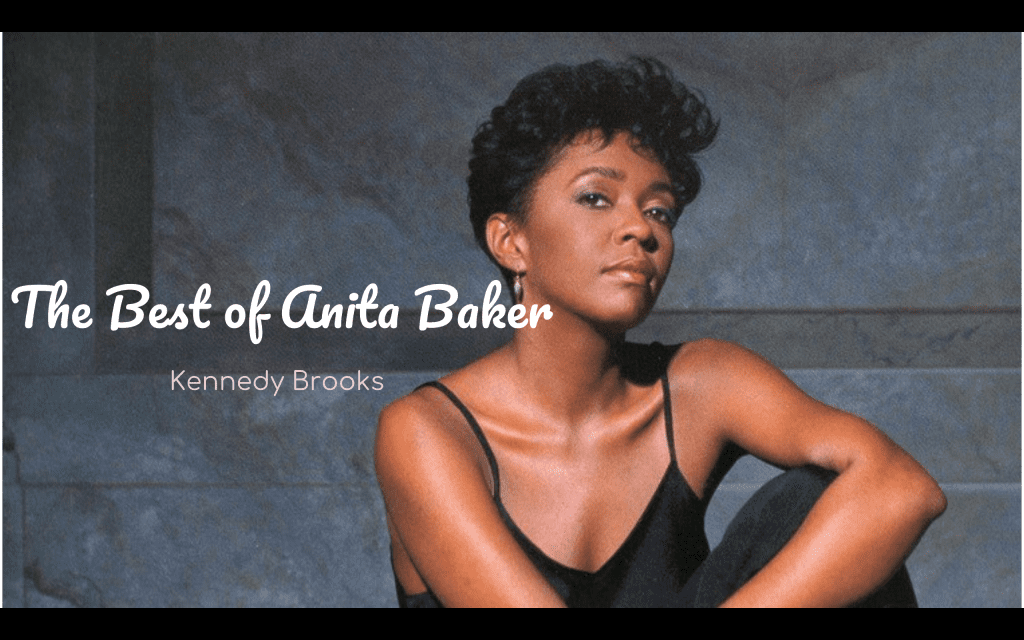 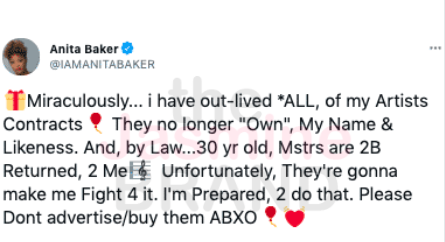 Anita Baker, who is the songstress behind classics like Sweet Love and Angel, announced her retirement in 2017. 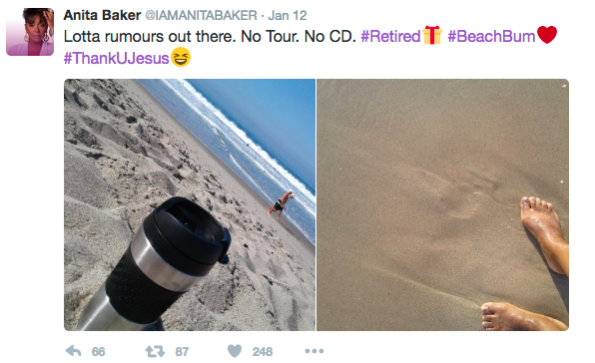 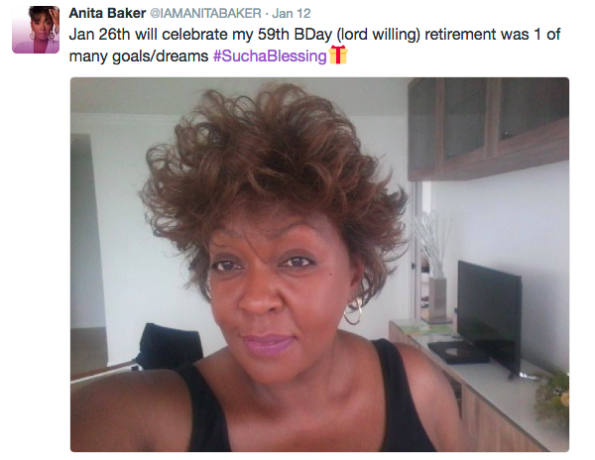