Barcelona manager, Ronald Koeman, has been handed a two-match ban by the Spanish FA (RFEF), after being sent off in their 2-1 defeat at home to Granada on Thursday.

Koeman will miss the visit of LaLiga leaders Atletico Madrid next Saturday.

The Dutchman’s suspension however starts with Sunday’s trip to his former club Valencia.

Koeman was shown a red card, after Darwin Machis equalised for Granada at the Nou Camp. 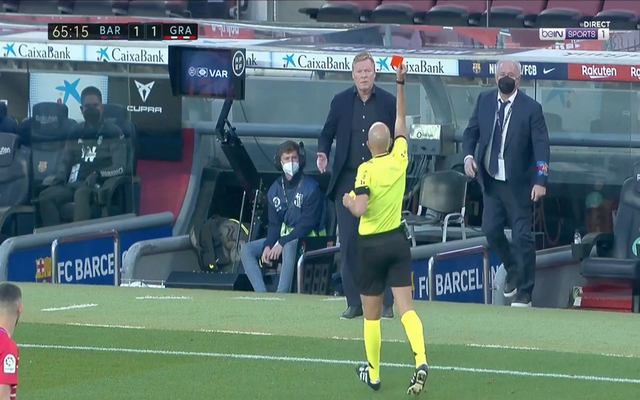 The referee in his post-match report, said the Barca coach, having already been warned about his behaviour, spoke degradingly to the fourth official, shouting “What a character” at him.

The suspension, handed down by the RFEF Competition Committee, comes under the umbrella of “acts of disparagement or thoughtlessness towards referees, directors or sporting authorities,” for which two games is the standard punishment.

Barcelona have confirmed they will appeal against Koeman’s suspension.