Celebrity bartender, Cubana Chiefpriest, has graduated from European American University where he became a doctor of science in events and luxury management.

He took to his Instagram page on Saturday, April 24 to show photos of his graduation ceremony. He also posted a short video that captured the moment he was being decorated on the podium. 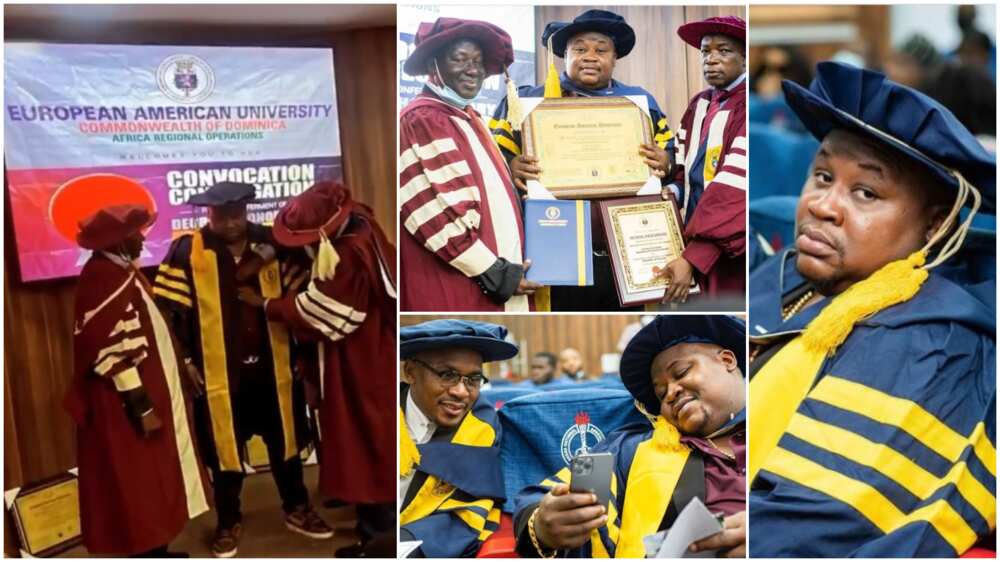 In one of the photos, he posed with his colleagues who also graduated the same day. Congratulatory messages came in from his fans and friends.

Cubana also remembered his mummy, saying that he knows she is up there smiling on him. He added that he has achieved so much as a young man.