After two seasons in which Barça missed out on the Copa del Rey title, Ronald Koeman’s side have claimed victory once again in the final for the 31st time in FC Barcelona history, a 4-0 win over Athletic Club in La Cartuja stadium in Seville handing them the trophy. 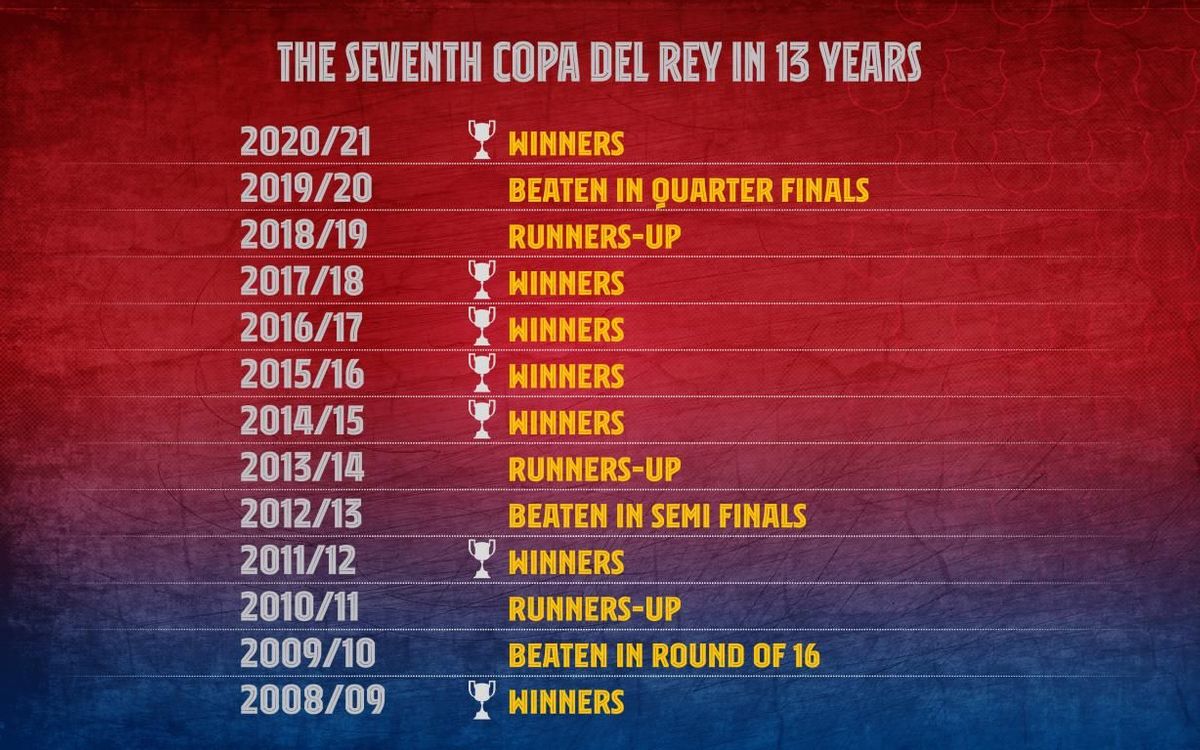 The Copa del Rey win is a first trophy for Ronald Koeman as coach, a title he can now add to the 10 he won as a player for the blaugranes.

Barcelona scored four goals in 12 minutes – including a brilliant strike from Lionel Messi – to thrash Athletic Bilbao and win the Copa del Rey.

Barca were frustrated until the 60th minute when Antoine Griezmann turned in Frenkie de Jong’s cross before De Jong headed in himself three minutes later.

Messi then drove from his own half, exchanged twice with De Jong and found the bottom corner for Barca’s third.

Victory gives Barca their first trophy under manager Ronald Koeman and their first silverware since 2019. 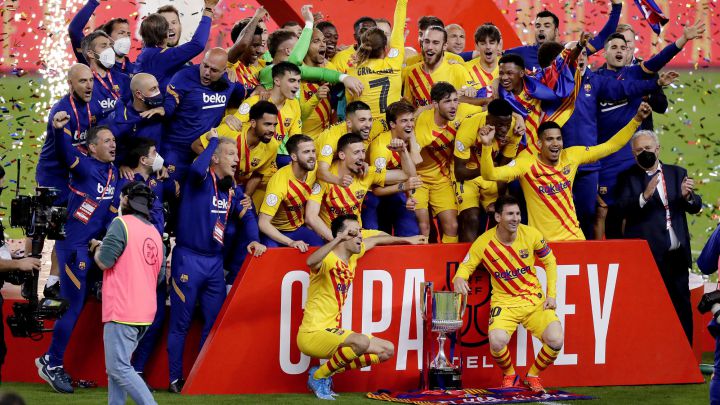 “To win a title is important for me,” said Koeman, whose side are third in La Liga – two points behind leaders Atletico Madrid.

“Despite the changes at the club and the young players, at Barca you have to always fight for trophies.

“We have the first one and now we are going to fight to the last game in La Liga.”

For Athletic is was a second Copa del Rey final defeat in two weeks after they lost to Real Sociedad in the delayed 2020 final on 3 April.

This has been a strange season for Barcelona which began with Messi saying he wanted to leave the club and has since seen a team in transition both impress and underwhelm.

In Seville, however, they were by far the better team and would have scored earlier but for two excellent saves from Unai Simon.

As ever, Messi was at the forefront of their attacking play and he capped the win with two trademark goals.

His first included the dribbling, vision and finishing we have come to expect throughout his stellar career and the second was a first-time, left-footed strike into the bottom corner also seen so often.

The question now – one posed to his team-mates at full-time – is whether this trophy, Messi’s seventh triumph in the competition, is enough to convince the Argentine to stay.

It boosts Koeman’s chances of remaining into the second year of his contract, whether or not his side succeed in their title race with Real Madrid and Atletico Madrid.