Nigeria international, Henry Onyekuru, has joined Olympiacos on a four year deal after spending the second half of last season on loan at Turkish Super Lig club Galatasaray. 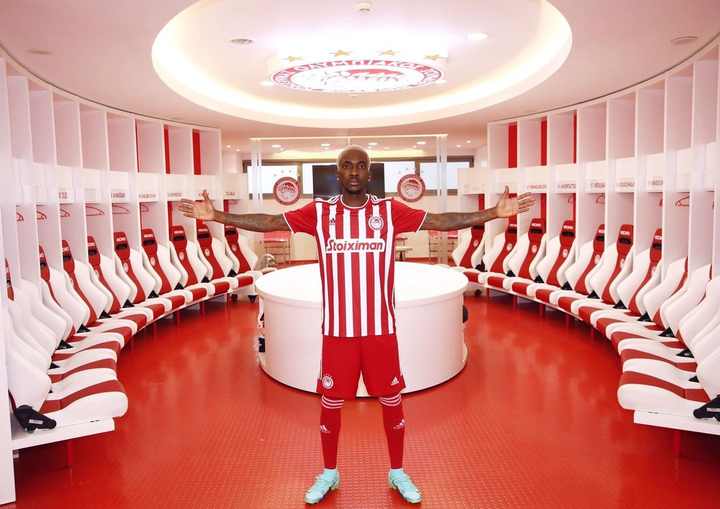 Olympiacos have confirmed the signing of the 24-year-old star on their official website by stating: “Olympiacos have announced the acquisition of international ace, Henry Onyekuru.

“The Nigerian, born on June 5, 1997, in Lagos, has been acquired from Monaco after signing a four-year contract.

“Having spent five years at Aspire Academy, Onyekuru took the first big step in his career in 2015 by signing a contract with Eupen.

“His 30 goals in 60 games with the Belgian club attracted several clubs with Everton acquiring his services in 2017. The Nigerian spent the next two seasons on loan at Anderlecht (28 assists, 10 goals) and Galatasaray (31 assists and 14 goals) respectively.”

Speaking on the move, he said;

“I know it is a big club in Greece, one of the biggest and have a good ambition and target every season. They are always in the Champions League and I know of two Nigerians who have played here before, I am just here to contribute and give 100%, to become Champions countless times and achieve more goals and aims with the club.”