Retired Nigerian footballer Ibezito Ogbonna is recuperating after sustaining minor injuries after his apartment in the Israeli city of Ashdod was hit by a rocket fired from Gaza last week.

The 38-year-old, who won the Israeli Cup with Hapoel Tel Aviv in 2006 and 2007, was at home with his wife and two young daughters when the building suffered a direct hit.

According to BBC Sport Africa, Ogbonna’s family were unhurt, but the former Enyimba striker was injured and taken to hospital after injuries he sustained during the explosion, following recent fighting between Israel and Gaza.

“I am extremely lucky to be alive after this rocket was fired and it’s third time lucky for me after being involved in a car crash and a horrible robbery incident in Nigeria,” Ogbonna told BBC Sport Africa.

“We were all aware of the attempt (possible strike) and we always get the warning signs about possible missiles. We often hear as sirens echoed across the city streets which tends to prompt people to rush to a shelter.
“On this day, I was having breakfast and I heard the wailing siren. Normally, we’d run to the shelter because every house has its own shelter. I felt it’s the normal warning, but within seconds it turned out to be an unlucky day for me.

“I heard the loud bang of the rocket and felt the immediate impact, I was thrown into the air and it took me from my dining room to my living room.

“I could see glasses and other objects flying around me. I hit the ground, I stood up to look around for my family. They were very lucky too, my wife had taken cover with my daughters, I think one of the doors landed on her.

“I could see the whole building was gone. We are talking about a four-storey building with about 30 people. The security doors between my kitchen and living room ripped out and everything totally wrecked.

“Cars were smashed and it was then I realised I had a cut and my knee was hurting badly before the paramedics took me in an ambulance to the hospital.

“I was in the hospital for a few hours. I was treated and had different tests just to check that everything was okay with me. They weren’t sure I was fine considering what had happened.”

Ogbonna added, “It’s difficult to explain the impact of what I saw. Coming out of this alive was a complete miracle. We are talking about the same attack that has left several people badly wounded.
“We’ve had casualties since this thing started, but you are just grateful to be alive and not listed among the dead.

“A lot of families have been left homeless with their possessions destroyed and a place they’ve always called home flattened.” 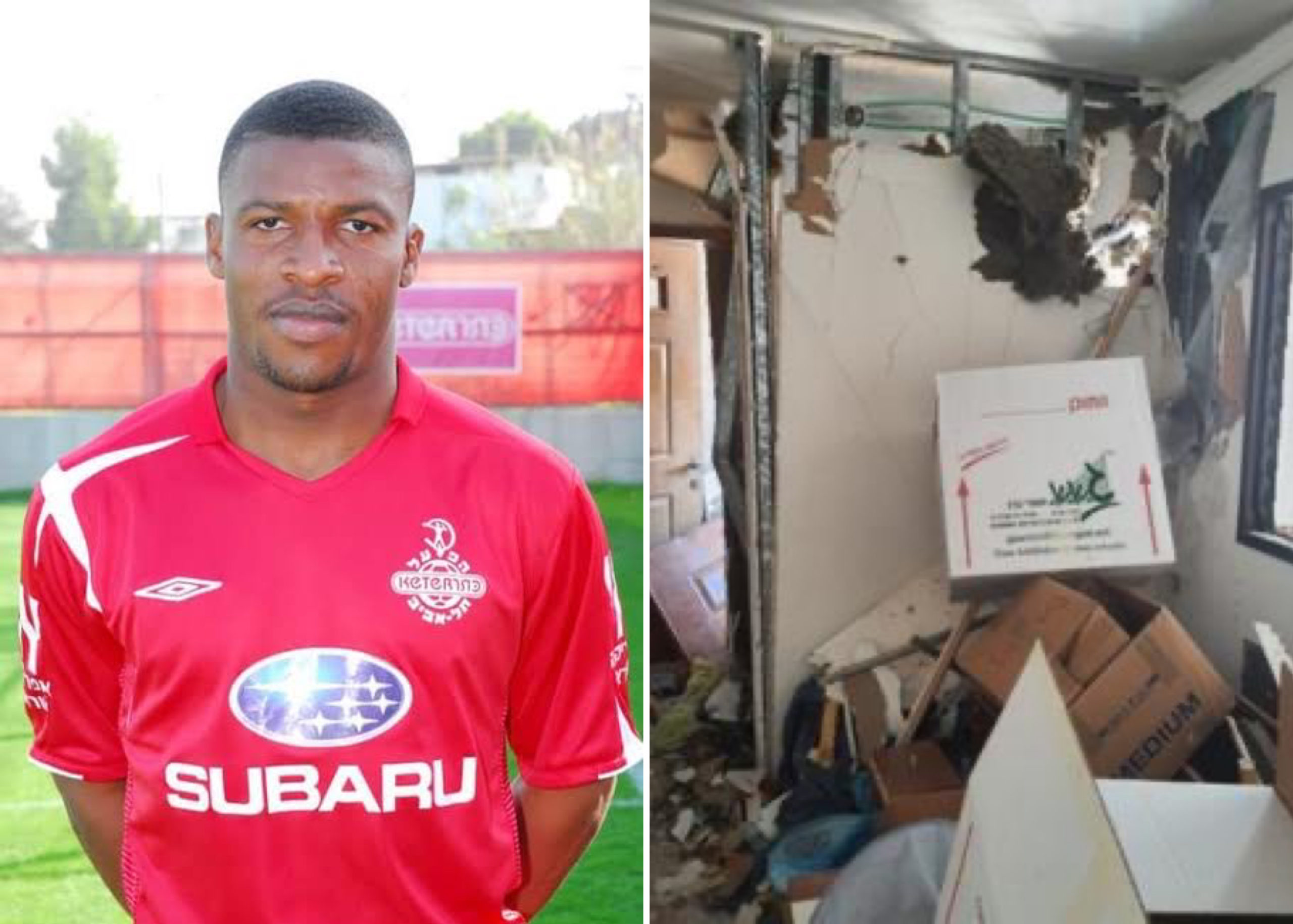 With no home to return to, the Ogbonnas and 13 other families are now staying at a hotel as the Israeli government look to resettle them. 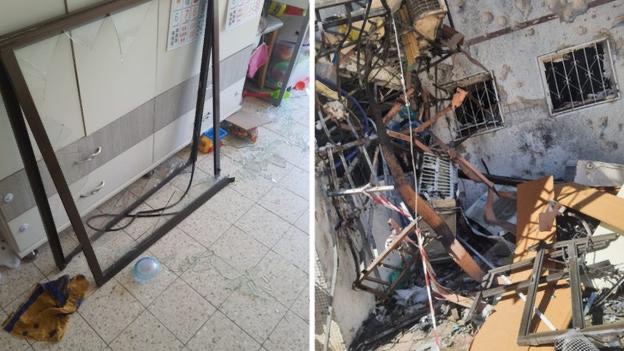 Ogbonna said fans of his former Israeli club Hapoel Tel Aviv have rallied round to support him.

He scored 40 goals in 132 appearances for Happen, Israel’s second most successful side, and the club’s supporters have launched a fund-raising campaign to help him get back on his feet.

“Hapoel Tel Aviv fans have been incredibly amazing, without my knowledge they had started a fund raising to help support me,” Ogbonna added.

“As soon as the news broke that my apartment was hit, they started reaching out and calling my phone. I didn’t ask them for anything yet they were offering to help.

“I remember one of them got my contact and I think he put it out on the fan page for other supporters to reach out. Messages of love, prayers, and unbelievable support from a club I left over a decade ago.

“Some were telling me to come over to theirs if I had no place to stay. They’ve gone out to buy stuff and clothes for me and my family.

“I was getting deliveries of different things at the hotel without even knowing about it. I don’t even know these guys. It’s a massive love and I can’t thank them enough.

“It’s another proof that wherever you find yourself as a footballer or whatever you do, be a good person and respect everyone because you never know when life will bring you back again.”