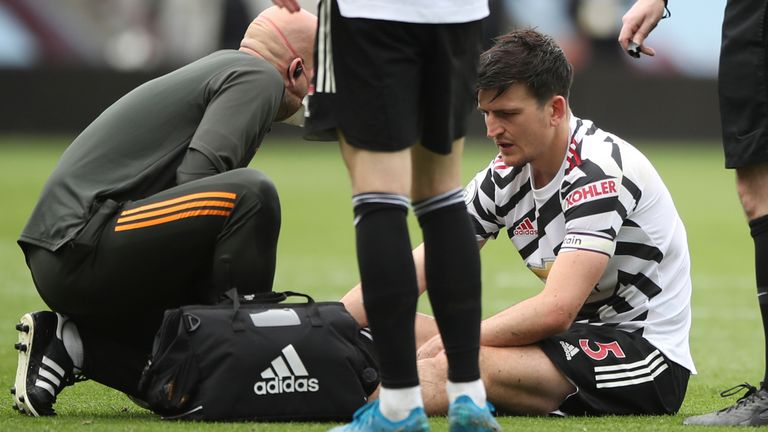 Solskjaer said he was “hopeful” that he would play again this season – with Euro 2020 starting next month.

The 28-year-old was using crutches and was wearing a protective boot in the stands at Old Trafford on Tuesday as his side took on Leicester City.

Maguire will now aim to be fit for the Europa League final on 26 May.

United play Villareal in Poland in the final.

England manager Gareth Southgate names his Euro 2020 squad on 25 May.

Maguire suffered the injury in United’s win at Aston Villa on Sunday.

“Obviously we’ve had scans and the good news is there’s no fracture,” Solskjaer said.

“[There is] ligament damage and hopefully we’ll see him again this season. Hopefully ready for the final.”

Tuesday’s match against Leicester was the first top-flight match Maguire had missed since joining United in 2019.