Sergio Aguero signed for Barcelona earlier this week after ending his ten-year stay at Manchester City, and the iconic striker had a touching way of saying goodbye to his old team-mates.

Aguero emotionally bid farewell to The Etihad at the end of this season having collected his fifth Premier League title.

The Argentine has now signed for Barcelona to play alongside his good friend Lionel Messi, but he hasn’t forgotten his old City team-mates already.

As first reported by The Athletic, Aguero chose to say goodbye with a series of gifts.

The striker gave a Tag Heuer watch – worth roughly £1,300 – engraved with ‘Gracias! Kun Aguero’ to every member of staff at the first-team complex. 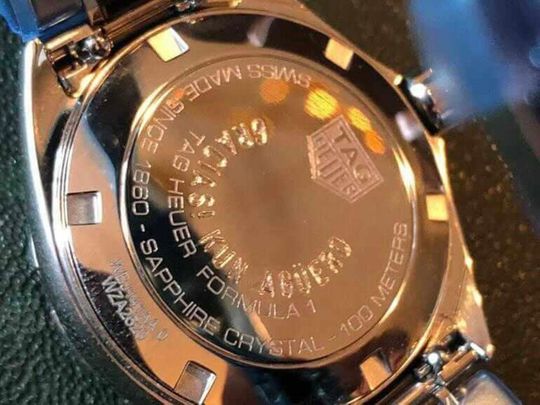 As well as that, he gave every staff member the chance to win his newly-purchased luxury car – a Range Rover Evoque.

Aguero also donated a significant amount of money towards the cash pot given over by the squad to support staff twice a year.

A lump sum of cash is given to staff at the end of the season, and is also used to buy gifts at Christmas as a token of appreciation.

And Aguero is said to have given an amount ‘far above what is customary’ to go towards the cash pot.

The striker was presented as a new Barcelona player on Monday after completing his medical checks.

And during his first presentation, he conceded that he believed a move to the Nou Camp was a “step forward” in an apparent sly dig at his old club.

We all know that Barca are the best club in the world so I think I made a great decision to be here and I hope to help the team,” he said.