Thirty persons have been reported to have drowned after an overloaded boat capsized in Niger state.

The boat ferrying 100 local traders split into two after hitting a stump during a windstorm as they were returning from a market on Saturday, the spokesperson for Niger State emergency agency, Ibrahim Audu Hussein, confirmed to AFP.

“So far 30 bodies have been recovered and five are still missing,” Hussein said on the accident that occurred at Tijana village in Munya district.

“Sixty-five passengers were rescued with the help of local divers,” he said. 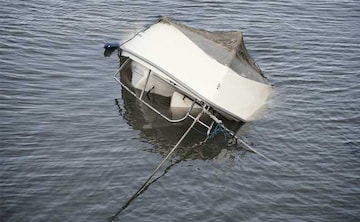 Heavy rains were hampering the search but divers were “braving the odds”, Husseini added.

President Muhammadu Buhari in reaction to the boat accident on Monday described the incident as disheartening as the victims were reportedly Internally Displaced Persons (IDPs).

Buhari in a statement signed by his spokesperson, Garba Shehu expressed grief over the boat mishap and extended heartfelt sympathies to the families of the dead and the injured.

He also commended the life-saving work of the first responders and local divers at the scene of the incident and wishes the wounded a speedy recovery and success on the search and rescue of some missing passengers on the capsized boat.

President Buhari calls on the transportation authorities to ensure strict adherence to safety regulations on the nation’s waterways and urges that lessons from this accident should help prevent a future occurrence.