President Muhammadu Buhari met with the new Director-General of the World Trade Organisation (WTO), Dr Ngozi Okonjo-Iweala, at the State House in Abuja. 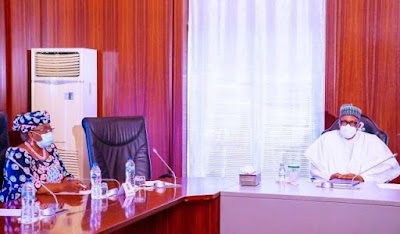 The WTO Chief Executive Officer, who assumed office on March 1, 2021, is visiting Nigeria for the first time since she took office in Geneva, Switzerland. 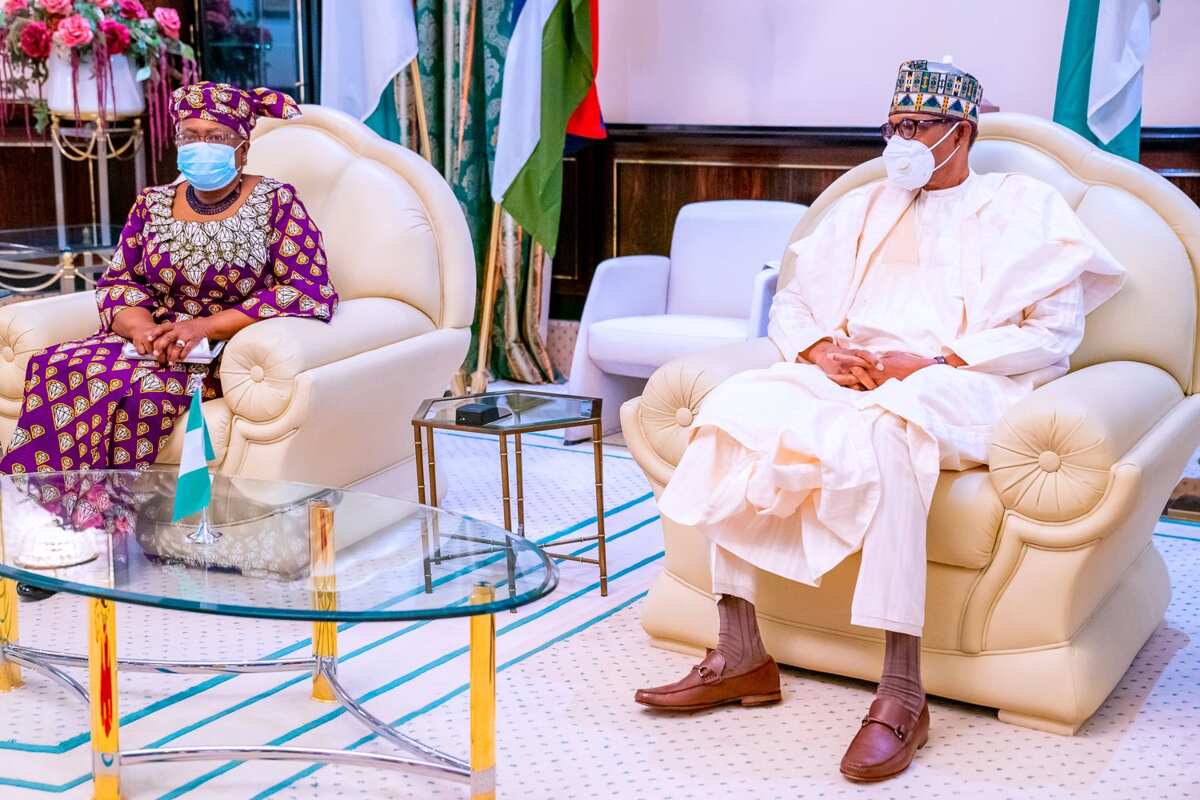 Also on the delegation are some officials of the World Trade Organisation.

The WTO DG, Dr Okonjo-Iweala, who had served as the Minister of Finance and Supervising Minister of the Economy was received by the Chief of Staff to the President, Professor Ibrahim Gambari.