India says it has become the “fastest country in the world” to administer more than 100 million doses of coronavirus vaccines, amid a deadly second wave of infections.

It achieved the feat in 85 days, whereas the US took 89 days and China 102 days, the health ministry said.

But the country reported a record daily increase of over 150,000 cases – and more than 800 new deaths – on Sunday.

And there are reports the vast vaccination drive itself is struggling.

This week, half a dozen states reported a shortage of doses even as the federal government insisted that it had 40 million doses in stock and that the “allegations” of vaccine scarcity were “utterly baseless”.

The inoculation drive aims to cover 250 million people by July, but experts say the pace needs to pick up further to meet the target.

Everyone aged over 45 is now eligible for jabs at vaccination centres and hospitals. Most doses have so far been given to frontline workers and the over-60s 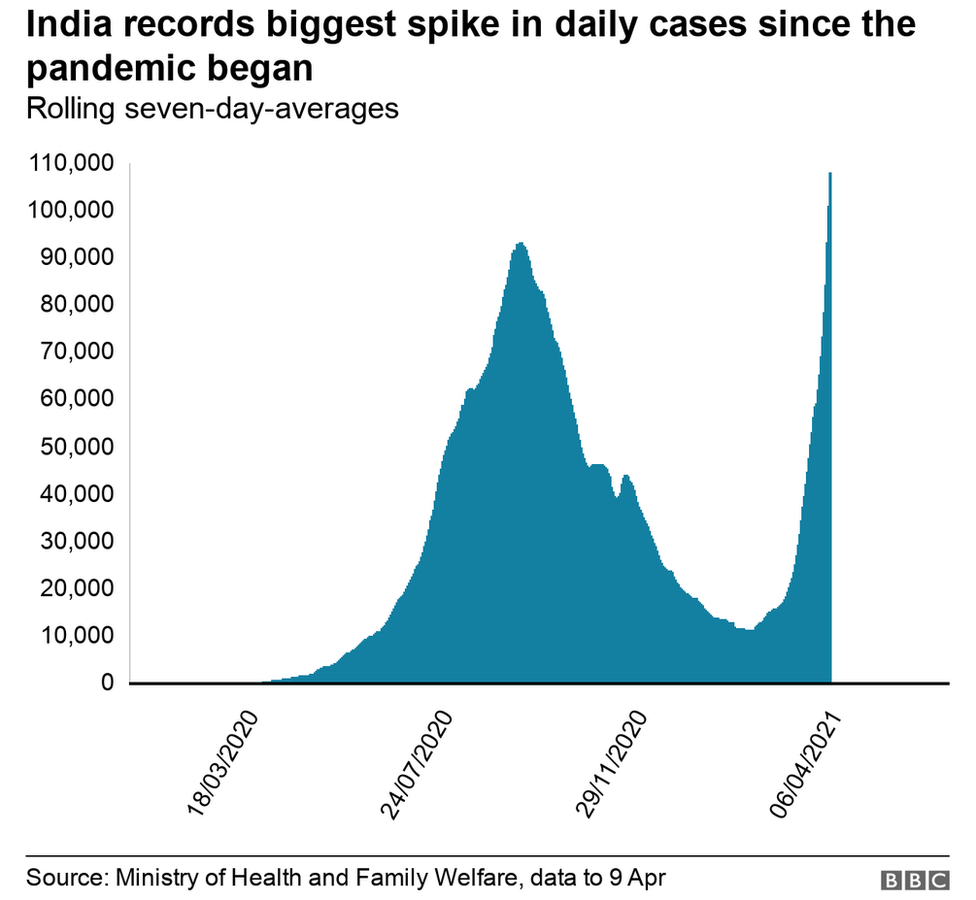 Since the pandemic began, India has confirmed more than 12 million cases and over 167,000 deaths. It has the third-highest number of Covid-19 infections in the world after the United States and Brazil.

The country’s drugs regulator has given the green light to two vaccines – one developed by AstraZeneca with Oxford University (Covishield) and one by Indian firm Bharat Biotech (Covaxin). Several other candidates are at different stages of trials.

India launched its vaccination drive on 16 January, but it was limited to healthcare workers and frontline staff – a sanitation worker became the first Indian to receive the vaccine.

From 1 March, the eligibility criteria was expanded to include people over 60 and those aged between 45 and 59 with other illnesses.

The third phase, which began on 1 April, includes everyone above the age of 45.