Former French president Nicolas Sarkozy went on trial on Wednesday over claims of illicit financing for his failed 2012 re-election bid, just two weeks after a landmark conviction for corruption.

On March 1, the 66-year-old became France’s first post-war president to be sentenced to prison when he was given a three-year term, two years of which were suspended, for corruption and influence peddling.

This case was one of several hanging over him since he left office.

Sarkozy has denied any wrongdoing, saying he is the victim of a vindictive judicial system with which he tangled while in power between 2007 and 2012.

He did not attend the opening of his latest trial in Paris on Wednesday.

The divisive rightwinger is accused of overspending on his failed 2012 re-election bid to the tune of 20 million euros ($24 million).

The money was spent on lavish US-style rallies in the final days of the race, as Sarkozy scrambled to fend off an unexpectedly strong challenge from his Socialist rival François Hollande.

Prosecutors say accountants had warned him that the campaign was set to blow the 22.5 million euro ($26.7 million) cap on spending between the first and second rounds of voting, but Sarkozy insisted on holding more events. 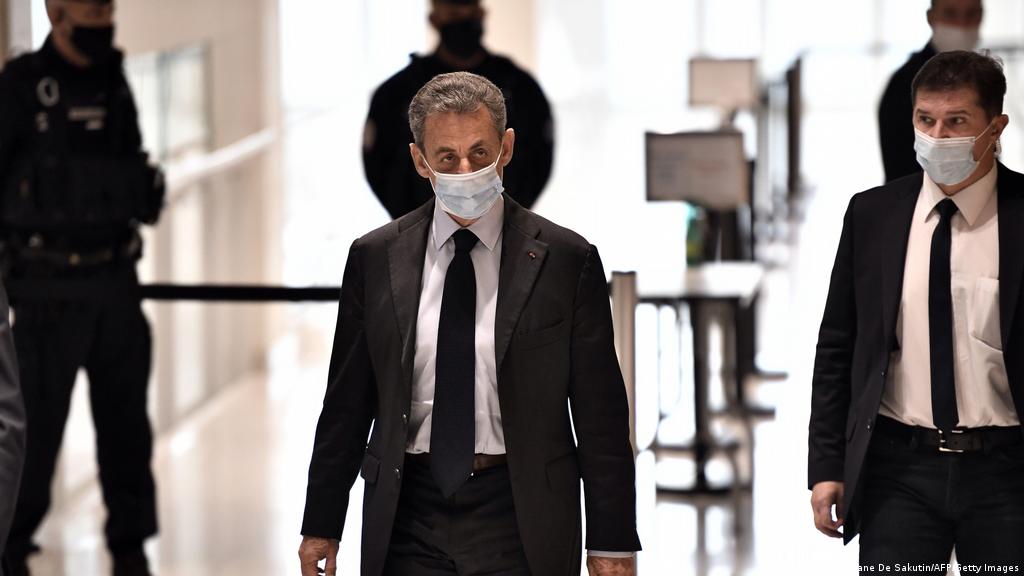 Investigators say his total spending on the second round came to nearly 43 million euros ($51 million).

To hide the spending, the PR firm behind the campaign, Bygmalion, and officials in Sarkozy’s UMP party (since renamed Les Républicains) are accused of conspiring to have the UMP foot the bill through a system of fake invoices.

The former president says he was unaware of the fraud – unlike some of the defendants he is not charged with fraud, but with the lesser offence of illegal campaign financing. He fought for years to avoid a trial.

Bygmalion executives and Jérôme Lavrilleux, the deputy manager of Sarkozy’s 2012 campaign who will also go on trial, have acknowledged the system of fake invoices.

Lavrilleux in particular made headlines in 2014 after he tearfully confessed to the scam during a French TV interview, saying: “This campaign was a runaway train that no one had the courage to stop.”

The trial is set to run until April 15, but Lavrilleux’s defence team has said it will seek to postpone the start because his main lawyer has been hospitalised with Covid-19.

If convicted, Sarkozy risks being sentenced to up to a year in prison and a fine of 3,750 euros.

On March 1, he was found guilty of forming a “corruption pact” with his lawyer to convince a judge to share information about yet another investigation into the politician’s affairs, relating to his winning 2007 campaign.

His prison sentence stunned the political establishment and prompted his many admirers on the right, including Interior Minister Gérald Darmanin, to send him messages of support.

This sentence is not expected to see him serve actual jail time with two of the three years suspended by the court and the remaining year set to be served at home with an electronic bracelet.

Sarkozy has appealed the verdict which effectively crushed any hopes that he could stage another presidential comeback after a first failed attempt in 2016.

In an TF1 television interview on March 3, he repeated that he had “turned the page” on his political career but made clear he would continue to make his political views known and anoint right-wing favourites.

Sarkozy is married to former singer and model Carla Bruni, with whom he has a nine-year-old daughter.

He has also been charged over allegations he received millions of euros from the late Libyan dictator Muammar Gaddafi for his 2007 election campaign.

And in January, prosecutors opened a probe into alleged influence-peddling involving his activities as a consultant in Russia.