Former first lady Grace Mugabe’s firstborn son Russell Goreraza is currently in police custody after he was arrested for the alleged theft of mining equipment.

37-year-old Goreraza, who is the former first lady’s son from her first marriage, appeared before Concession magistrate Moreblessing Makati together with his 3 alleged accomplices on Monday. Gorereza’s three accomplices are Paul Sithole (45), Aaron Muchenje (31) and Trymore Madzitire (36). 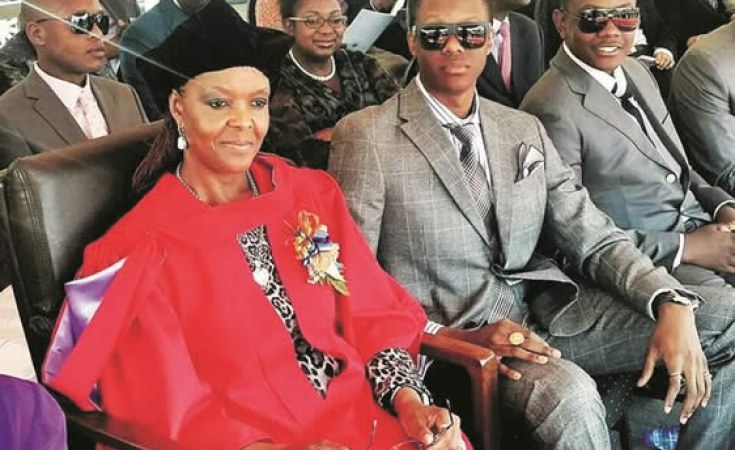 The four had to spend another night in custody after the magistrate postponed the bail ruling to Tuesday.

According to the state’s case, Goreraza ordered Muchenje, Madzitire and Sithole to “dismantle the processing plant” belonging to Tian Bao Mineral Industry (Pvt) Ltd. Tian Bao is currently engaged in mining activities at Smithfield Farm in Mazowe which is owned by the Mugabe family.

As instructed, the three men allegedly arrived at the mining site early in the morning and dismantled the processing plant, before loading components of it into a truck. The state’s papers read,

However, the three’s luck ran out when they were intercepted by the Mazowe police. Upon being questioned over the posession of the stolen mining equipment, the three implicated Goreraza. Following this information, the police apprehended the former first lady’s son and charged him together with Muchenje, Madzitire and Sithole.

Over the years, Goreraza has been involved in a number of controversies dating back to the period when former President Robert Mugabe was in power. He has been accused of grabbing mines and grabbing properties.