The Academic Staff Union of Polytechnics (ASUP) have announced the suspension of its strike.

Abdullahi Yalwa, the union’s National Secretary, confirmed this in a statement on Wednesday. 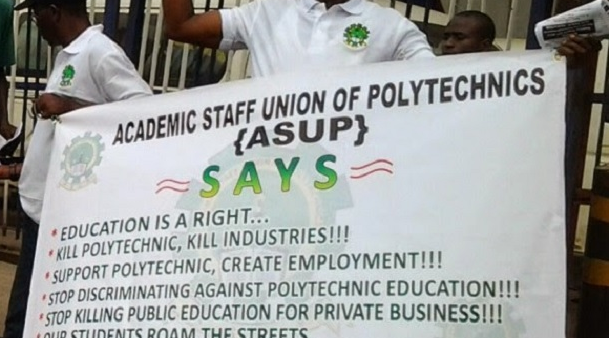 Yalwa explained that ASUP decided to suspend the strike, because the government has started the gradual implementation of the items contained in the Memorandum of Action they signed.

“The suspension is for a period of three months to enable the government compile the execution of the items contained in the Memorandum of Action signed with the union since April 27, 2021,” the statement read.

The union, in the statement, noted that the Ministry of Education had re-constituted and inaugurated governing councils and visitation panels in Nigerian federal polytechnics.

It added that members were also informed that the release of funds for infrastructure revitalisation and minimum wage arrears is currently being processed.