Abuja Chef, Emeka Elogu has been murdered at home.

His lifeless body was found at home on Sunday at his apartment.

According to reports by his friends, Emeka was killed in his apartment by two men who gained access into it. 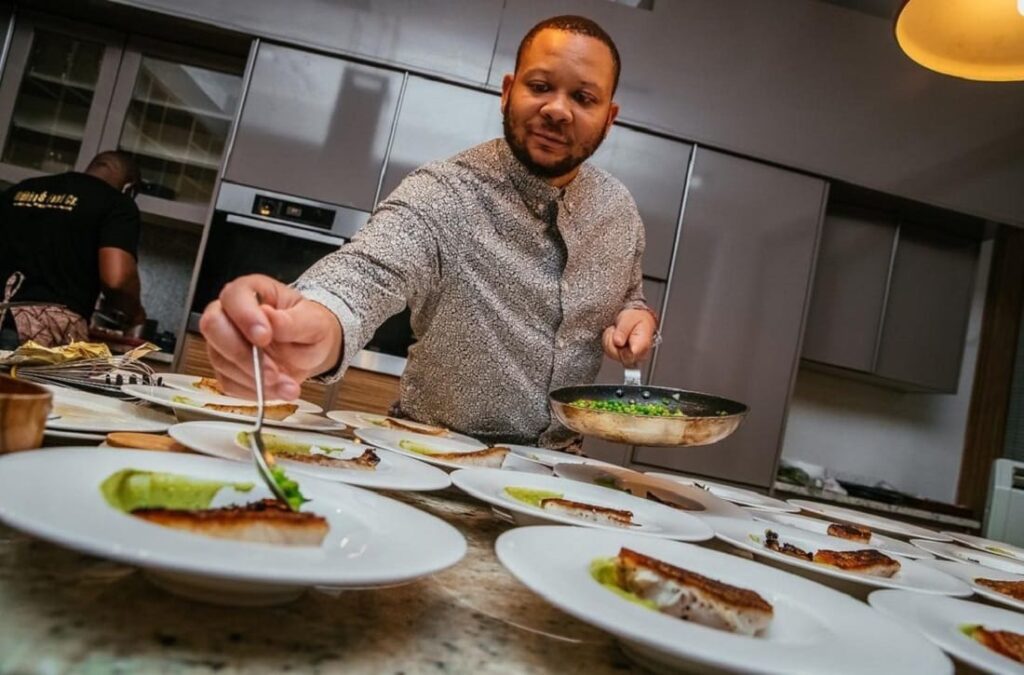 It was claimed that the popular chef was stabbed, while another account claims the deceased was killed by two persons who he granted access to his apartment. They allegedly stripped him n3ked, tied him up, and then strangled him.

Before his death, he was the head chef of Hélène’s Food Company, an Abuja-based gourmet food company serving both Nigerian and French cuisine. He was known on Instagram as @chefemeka.

May his soul rest in peace.