At least 32 people have died after two trains collided head-on in Egypt. 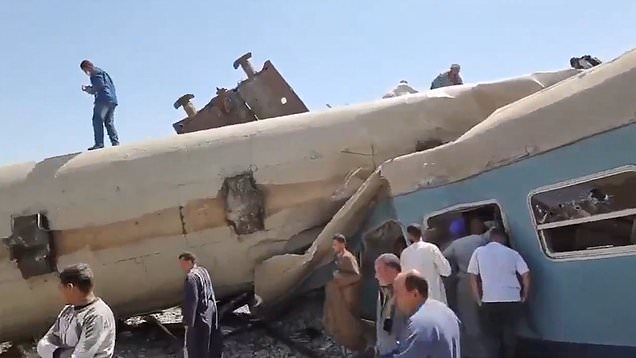 More than 80 people are also said to have been injured in the accident north of the city of Sohag, according to reports.

Dozens of ambulances have headed to the scene and are taking people to hospital, with the country’s health minister also said to be on the way.

Pictures on social media show people stood around and on top of the wreckages near a body of water.

“The trains collided while going at not very high speeds, which led to the destruction of two carriages and a third to overturn,” a security source said.

The cause of the crash, close to the Nile-side town of Tahta, about 365 km (230 miles) south of Cairo, has been put down to the emergency brakes being pulled.

Egypt’s railway authority said the brakes were triggered by “unknown individuals”, causing one of the trains to stop and the other to crash into it from behind.

The public prosecutor’s office said it had ordered a probe into the accident.